Tour Sign Up: Life in Lashes by Kita Mean 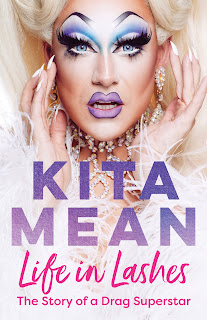 Would you like to participate in  the bookstagram tour for  LIFE IN LASHES? Synopsis: A hilarious, juicy and heartfelt tell-all memoir by the winner of RuPaul’s Drag Race Down Under. Hailing from a sleepy eastern suburb of Auckland, New Zealand, Nick Nash grew up feeling like he stood out for all the wrong reasons. It wasn't until he experimented with the art of drag that he found freedom in his fierce and confident alter-ego, Kita Mean. From wild nights partying like there was no tomorrow, to scrounging together delightfully camp costumes on a shoestring budget, buying an iconic cabaret bar with bestie Anita Wigl'it, and competing on the global stage alongside Kiwi and Aussie drag legends in the first season of RuPaul's Drag Race Down Under , Kita shares behind-the-scenes goss and important life lessons - many learned the hard way - about fighting your demons and being proud of your most authentic self. Bursting with outrageous style and cheek, Life in Lashes is a memoir
Post a Comment
Read more 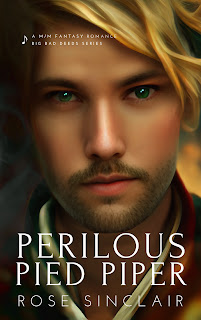 Would you like to participate in  the bookstagram tour for  PERILOUS PIED PIPER? Synopsis: A sleepy coastal town just signed on a perilously magical new hire that reveals the mayor's heart and empty pocketbook. The Mayor of Hamelin Everyone fears rats, so I never expected someone to claim the bounty. Then Piper struts into town all color and song and fixes the problem in a single afternoon. When I can’t pay, his playful banter turns into outright extortion. Threatening my reelection with a series of escalating pranks that I refuse to admit are actually funny. The Pied Piper I know Mayor Finch of Hamelin respects the law, so I can cash out if I push him. If he can’t afford me, a scandal is definitely too high of a price. Pushing his buttons and watching him squirm is far more fun anyway. I’d call it foreplay, but election season is so drawn out it might count as my longest relationship. Playing dirty keeps me untouchable, but drawing this heated tension out further might tie me
Post a Comment
Read more

Tour Sign Up: The Lost Memories of Callum Brecker by Marilyn Bordelon 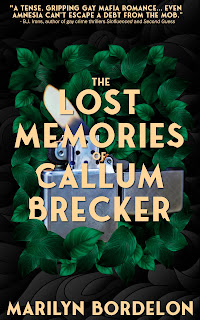 Would you like to participate in  the bookstagram tour for  THE LOST MEMORIES OF CALLUM BRECKER? Synopsis: Twenty-five year old Ambrose Romano happens across someone from his past, an individual who had once meant the world to him. When that person doesn’t recognize him at all, Ambrose makes it his mission, against his better judgement, to help him remember. Twenty-four year old Callum Brecker cannot recall an entire year of his life. When he comes across an alluring man who insists that they know each other, he feels a renewed curiosity of the past. Despite being warned to stay far away from him, Callum can’t help but follow Ambrose, determined to uncover his lost memories.  Embarking on this journey proves to be exciting and dangerous. Through it, Callum learns that he inadvertently got involved with the Mafia and that he fell in love with the son of a prominent member. People close to him were hurt and he even committed a heinous crime to protect the man he was falling in love w
Post a Comment
Read more 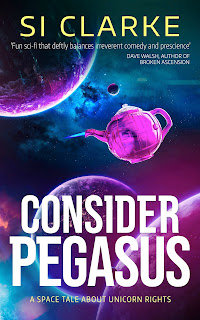 Would you like to participate in  the bookstagram tour for  CONSIDER PEGASUS? Synopsis: A secret unicorn, a desperate family, and a cop dead set on hunting them down. Lem and the rag-tag gang of galactic adventurers on the starship Teapot are set to become roadies for the galaxy’s hottest band – but an urgent call from Bexley’s family means the rock stars will have to wait. Bexley’s soon-to-be-born sibling has a big secret: wings. On planet Hwin, skeledivergence is outlawed, so the Teapot crew swoop in to help the family escape. But their planet won’t let them go that easily. Hunted across the galaxy by a fanatical and eerily familiar cop, the Teapotters must find a way to outwit their pursuer and secure a future for skeledivergent people everywhere. Dive into the next adventure in this satirical space opera series. Artfully intertwining deep themes with tongue-in-cheek humour and intergalactic ridiculousness, Consider Pegasus is a must-read for fans of Ryka Aoki’s Light from Uncomm
Post a Comment
Read more

Tour Sign Up: A Restless Truth by Freya Marske 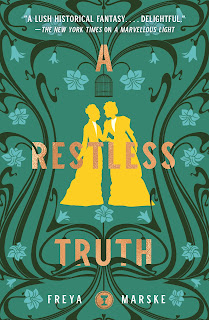 Would you like to participate in  the bookstagram tour for  A RESTLESS TRUTH? Synopsis: "A breathtaking romp of a plot, prose as sparkling and luxuriant as a diamond sautoir, and at the heart of it all a sense of wondrous possibility."—The New York Times A Restless Truth is the second entry in Freya Marske’s beloved, award-winning Last Binding trilogy, the queer historical fantasy series that began with A Marvellous Light. Magic! Murder! Shipboard romance! Maud Blyth has always longed for adventure. She expected plenty of it when she volunteered to serve as an old lady’s companion on an ocean liner, in order to help her beloved older brother unravel a magical conspiracy that began generations ago. What she didn’t expect was for the old lady in question to turn up dead on the first day of the voyage. Now she has to deal with a dead body, a disrespectful parrot, and the lovely, dangerously outrageous Violet Debenham, who’s also returning home to England. Violet is everything
Post a Comment
Read more

Tour Sign Up: Nothing Sung and Nothing Spoken by Nita Tyndall 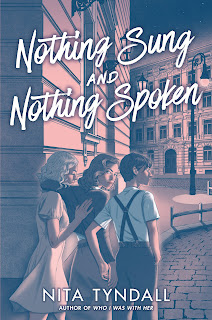 Would you like to participate in  the bookstagram tour for  NOTHING SUNG AND NOTHING SPOKEN? Synopsis: Berlin, 1938 It is the summer before World War II begins, but Charlotte Kraus doesn’t know it yet. All she knows is the zing of electricity she feels every time her best friend, Angelika Haas, grabs her hand. Charlie would follow Geli anywhere—which is how she finds herself at an underground club one Friday night, dancing to contraband American jazz and swing music, suddenly feeling that anything might be possible. Under the oppressive shadow of the Nazi regime, returning to the club is a risk. But Charlie does, unable to resist the allure of sharing a secret with the girl she can’t stop thinking about, or the thrill of disobeying the Party’s rules. Soon the Swingjugend movement becomes more than a simple escape. It’s a place where Charlie and her friends find acceptance, freedom, and camaraderie among others who are determined not to sit on the sidelines of history. Increasingly te
Post a Comment
Read more

Tour Sign Up: The Last Contender by Liv Savell and Sterling D'Este Would you like to participate in  the bookstagram tour for  THE LAST CONTENDER? Synopsis: What would you pay for freedom?         Your body? Wynn is a carpenter in a small town in Northern Rhosan, but after he is torn from his family by ruthless Victors, he'll have to learn to survive beneath their rule. When he is forced to hunt with the silent, stoic Dyfan, the two men forge a bond that might be enough to shelter them from a life of violence and cruelty. Your people? Basia and Danae are the children of nobles in the elegant, educated Phecean Confederacy. When Basia starts to discover just how horrifying the lives of slaves in her country are, she’s faced with a terrible choice: does she step up to reshape her home at the risk of losing her closest friend, or does she keep quiet and let nothing change? Dealing with the difficulties of her budding gender identity would be hard enough without the lives of millions on her shoulders.        Your mind? Deep in the Tundra’s
Post a Comment
Read more
More posts